Paul Irving (Paul D. Irving) is an American law enforcement officer and the current Sergeant at Arms of the United States House of Representatives since January 17, 2012, when he succeeded Wilson Livingood in that post.

Paul is married to Jean Parkinson-Irving and has one son. At the time of his appointment as Sergeant at Arms of the U.S. House of Representatives, Paul resided in Florida .

After graduating from American University with a bachelor’s degree in justice, and from Whittier Law School, he began his professional career briefly serving as a clerk in the Federal Bureau of Investigation’s Los Angeles, California field office in 1980, before transferring to the United States Secret Service in 1983.

He was assigned to the Executive Office of the President at the White House in 2003, during the Secret Service’s transition to the United States Department of Homeland Security.

He became president and managing partner of his family’s real estate investment firm, after his retirement from the Secret Service in 2008, and subsequently joined Command Consulting Group as a senior security consultant in the firm’s Washington, D.C. headquarters, and as managing director of the firm’s Miami, Florida office before becoming House Sergeant-at-Arms in January, 2012.

Paul as the Sergeant-at-arms, is also renown for introducing the President during the State of the Union Address from the back of the chamber with a pomp “Madam Speaker” the President of the United States.” 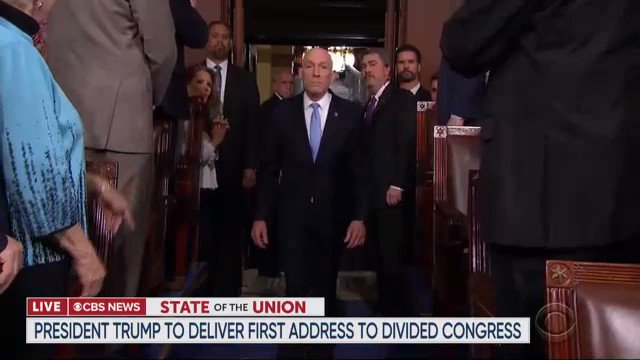 “Madam Speaker” the President of the United States. #SOTU

Paul D. Irving, Sergeant at Arms of the United States House of Representatives.

Responsible for security in the House of Representatives. He can be instructed to grant or deny access to the floor of the House.

Details will be updated soon.

Details will be updated soon