Klein was married to Barbara Little Klein Bauer. The two got married on December 5, 1970 inside Elvis’ Las Vegas Hilton Hotel suite, and Elvis was George’s Best Man. Barbara passed away on December 20, 2013 in Memphis, Tennessee, after a battle with cancer.

George Klein died in Memphis due to complications from dementia, according to local news reports. On her Twitter account, Priscilla Presley stated Klein had been in hospice care prior to his death.

He authored two books; The first, Elvis Presley: A Family Album, was published in 2007, by Little, Brown and Company, an imprint of Hachette Book Group and the second, Elvis: My Best Man: Radio Days, Rock ‘n’ Roll Nights; and My Lifelong Friendship with Elvis Presley, was co-written with Chuck Crisafulli and published in 2011, by Three Rivers Press.      Klein was inducted into the Memphis Music Hall of Fame, n 2018 .

He had an estimated net worth of $20 Million.

Klein met the man who would become King of Rock ‘n’ Roll in the 8th grade at Humes High School and stayed close by his side until Presley’s death in 1977.

A part of Presley’s inner circle, Klein was eyewitness the singer’s rags to riches rise from a high school talent show to superstar.

A member of the so-called “Memphis Mafia,” Klein hung out with Presley at Graceland, in Las Vegas and even appeared in cameo roles in eight of Elvis’ 33 movies, including Klein’s favorite, Jailhouse Rock.

So when Elvis was inducted into the Rock and Roll Hall of Fame in 1986, Priscilla Presley asked George Klein to make the acceptance speech.

Rest In Peace George, you were loved.

The pictures tell the story of Klein’s close connection to the King. Little Brown & Company hired Klein a dozen years ago to tell the stories behind the pictures published in a 2007 book, Elvis Family Album. 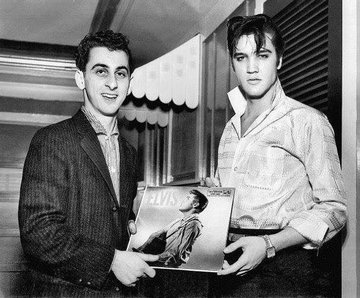 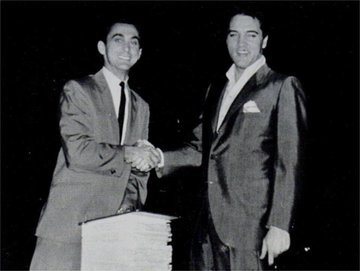 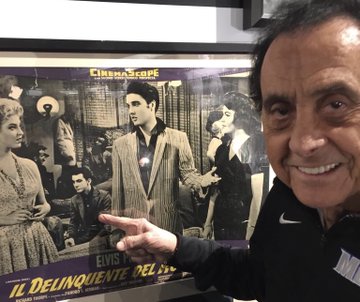 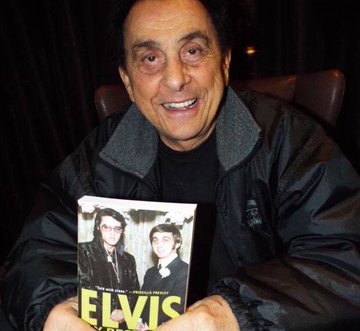 We lost a wonderful man & huge piece of #Memphis history today. George GK Klein passed away at age 83. He met Elvis in the 8th grade & was part of the famed Memphis Mafia. The Geeker was a talented DJ, author of 2 books and always a pleasure to interview. RIP, sir.

Klein told hundreds of Elvis stories to a worldwide radio audience at the SiriusXM Elvis Channel 19 in a studio across from Graceland.

While Klein is best known as the King’s right hand man, the smiling DJ had a 64 year long career in Memphis radio, notably at WHBQ where he also hosted his TV show “Talent Party” for a decade, featuring local rising stars of rock and roll.

A true blue Memphis Tigers fan, Klein knew every U of M Basketball Coach from Gene Bartow to Penny Hardaway and stayed close to the program.

Born the same year as Elvis, the “Geeker in your speaker” told countless Elvis fans the true character of his dear friend.

“Elvis was a very, very humble man. He was terrifically nice guy,” Klein said. “You may recall on January 8, 1935 a star was born.”

Klein outlived the King by more than 40 years, but their friendship will be remembered for as long as Elvis fans make the trip to Graceland.

Friends were with George Klein during his final moments
“The last thing George heard was my sweet wife telling him how much people loved him,” said David Fleishman, a friend of Memphis broadcasting legend George Klein for more than 56 years.

Fleishman and his wife Jay were visiting Klein in his room at Memphis Jewish Home when he died on Tuesday evening.

A parade of Klein’s closest friends have been keeping vigil at the native Memphian’s bedside since his health gradually worsened.

“I can never repay him for all he’s done for me,” said Fleishman, front man for the 1960s band Flash and the Board of Directors and later a major record company representative.

“We were on Talent Party every other week,” said Fleishman of the WHBQ television show that featured rising stars like Flash and the Board of Directors and major national music headliners Klein knew through his connections to Elvis Presley like James Brown and Otis Redding. “His breathing was shallow but not labored and his transition was peaceful.”

As word of Klein’s death began to spread, tributes came from every corner of Memphis and beyond.

“George Klein was a friend of Elvis, a friend to many and a friend of mine,” said Congressman Steve Cohen (D) Memphis. “A member of the Memphis Mafia and always TCB, George kept Elvis’ music at the forefront from the days of “Jailhouse Rock” to “Elvis Time” on Sirius satellite radio. He was always a nice guy and we were mutual friends of the late Irvin Salky. His was a life well lived and he will be missed.”

“Memphis is made up of many voices, and we have lost a familiar one with the passing of legendary broadcaster George Klein,” Memphis Tourism President Kevin Kane said. “He was Memphis to his core and was not only one of Elvis’ best friends, he was a friend to all of us who call this amazing city home.”

Klein more than any other individual kept the memory of Elvis Presley alive since the singer’s death on August 16, 1977 at age 42.

In the nearly 42 years since Presley’s passing, Klein has spoken at hundreds of Elvis events and one on one with fans, telling of Elvis in the 1950s, 60s and 70.

Klein shared memories of the King on a nearly daily basis through his legendary radio career and two books Klein wrote about his 30 year friendship with the man who became the King of Rock and Roll.

Klein gave many aspiring musicians their first big break with airtime on the radio or TV’s Talent Party.

While it’s been months since Klein was able to broadcast from the SiriusXM studio at Graceland where he shared so many memories of his friend Elvis, recordings of Klein’s broadcasts will be played and cherished for years to come by those who admired the explosive talent of Elvis Presley and one of his closest friends, George Klein.